Use of Polygraph in Criminal Investigations and Court

The polygraph is a superb investigative tool, it quickly rules out the innocent and allows resources to be more targeted in the course of an investigation. Whilst used for many purposes, its principle use worldwide is in criminal investigations. 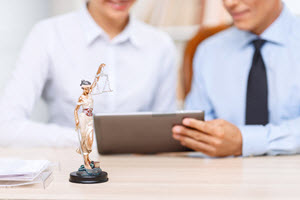 Therefore, it is not surprising that we are often approached by clients looking to use test results in court. Contrary to popular belief there is no reason why lie detector test evidence cannot be used in courts in Ireland; it is in fact no different to any other piece of evidence. We have lost count of how many times clients have told us that a Garda or solicitor have incorrectly informed them that test evidence is not used in courts in Ireland. Whilst the Garda does not use polygraph evidence in court there is no reason why a defendant cannot use such evidence as part of their defense.

Ultimately it is down to the judge to decide whether to permit this evidence and if so, how much weight to place on it. In our experience, we find there is not usually a problem with test evidence being admitted in courts in Ireland but we find it is more compelling when is supports other evidence rather than when it is the only evidence a defendant relies on. However, it is also beneficial in situations when there is no collaborative evidence and it is simply one person’s word against another’s.

Some critics claim the polygraph is not accurate enough to be used in court, but this is simply not true and in fact when compared to other types of evidence routinely used in court it is proven to compare favourably. Research has shown that such evidence is more accurate than handwriting evidence and is significantly more accurate when compared to fingerprint and eyewitness evidence (*Widaki and Horvath, 1978). In this research examiners decisions were found to be highly accurate concluding that the polygraph technique is especially valuable for resolving criminal investigations.

If you are being prosecuted for a crime you did not commit contact us to discuss using polygraph test evidence in court.

* Widacki, J. and Hovath, F. (1978). An Experimental Investigation of the Relative Validity and Utility of the Polygraph Technique and Three Other Common Methods of Criminal Investigation. Journal of Forensic Science. Vol.23

Your ticket for the: Use of Polygraph in Criminal Investigations and Court

Use of Polygraph in Criminal Investigations and Court