What Kind of Equipment is Used in a Polygraph Test? 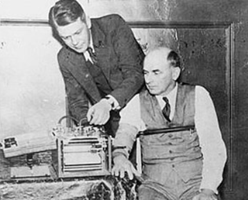 Many times people wonder exactly what kind of equipment is used for a polygraph test. People just don’t know what to expect and are sometimes surprised that the polygraph instrument is quite small. Some people expect to see the old analogue machine, with all the dials and the needle moving across the page, as this is often what you may see on television. However, everything has moved on now and is computerised. 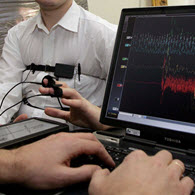 The polygraph instrument is a small diagnostic tool and has a number of components that are attached to the examinee. Two corrugated tubes are gently attached to the upper and lower chest areas. These are used to measure the breathing of the subject. Next, there is a blood pressure cuff that connects to the arm. This is only inflated to a light pressure, unlike the pressure when blood pressure is being taken. We are not taking a blood pressure reading but collecting constant data to detect any changes that occur in the heart rate and the pulse rate during the test. There are then two finger cuffs attached to two fingers on one hand to measure skin conductivity, which relates to sweat gland activity. Then a further clip, a plethysmograph, a medical device most people will have seen on a hospital ward is attached to another finger, this measures blood rate volume. A motion sensor or movement mat is then used to detect any motion which may be made to try to influence the testing.

All of this data is recorded which allows us to insure that there are no anomalies or errors included along with the testing results, preventing false results or purposeful influencing of the lie detector test.

Your ticket for the: What Kind of Equipment is Used in a Polygraph Test?

What Kind of Equipment is Used in a Polygraph Test?